It’s Very Common to Have Celiac Disease and Diabetes. Here’s Why 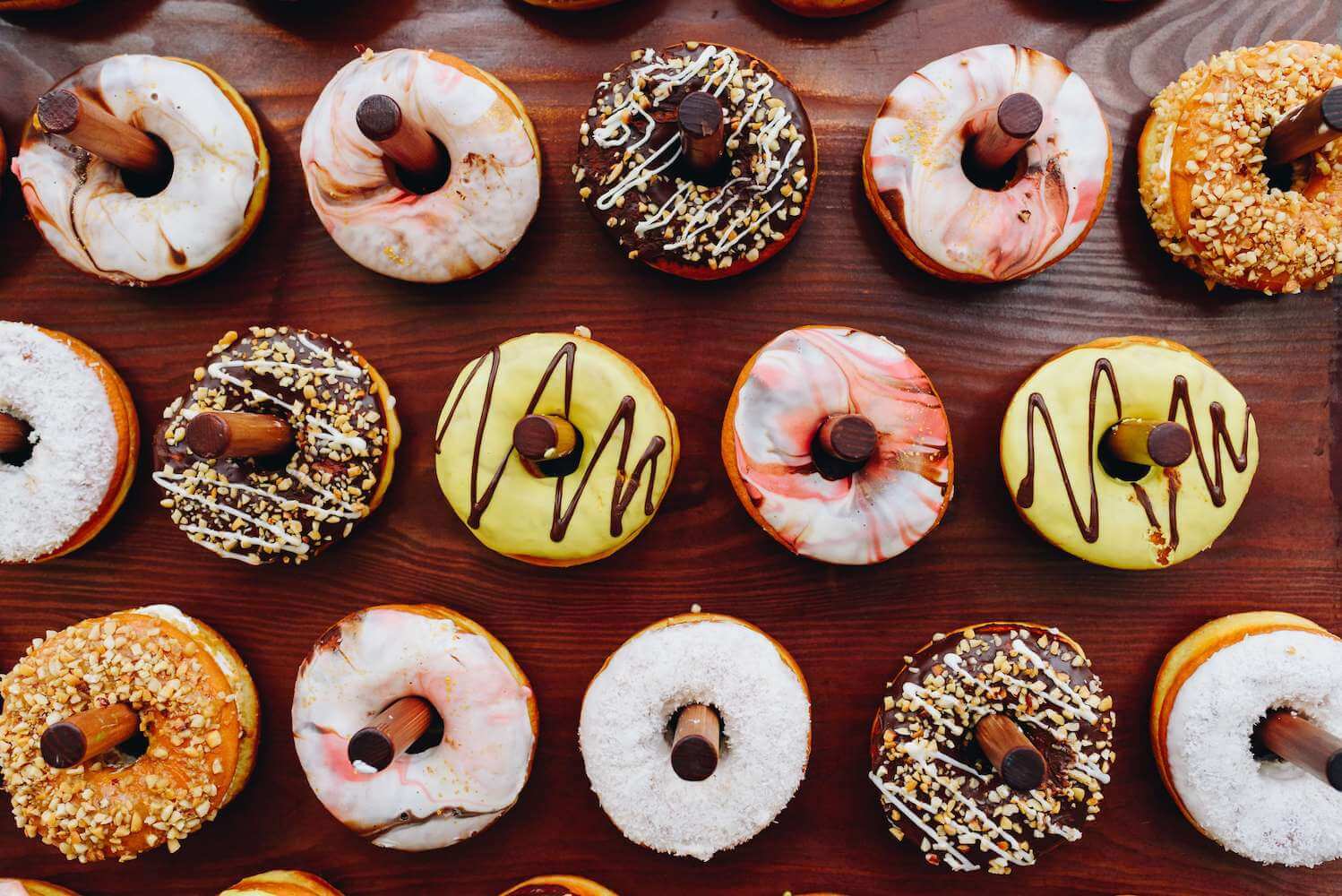 According to a review of medical literature, the chances of being diagnosed with diabetes are very high if you have celiac disease. The other way around is also true: the prevalence of celiac disease in people with type 1 diabetes ranges from 10 to 20 percent. By comparison, the prevalence of the condition in the general population is approximately one percent. The vast majority of individuals who have been found to have both diseases either show no symptoms of celiac disease or manifest symptoms that can be easily confused with those of their diabetes. In light of this, those who have been diagnosed with celiac disease are urged to get tested for type 1 diabetes and vice versa.

In this post we've broken down the link between diabetes and celiac disease.

Celiac disease, sometimes referred to as gluten-sensitive enteropathy (GSE) or celiac sprue, is a hereditary, autoimmune disorder that primarily affects the small intestine. Contrary to common belief, celiac disease is not a gluten allergy (you can delve into the nitty-gritty of food allergies in our previous article). You can also learn the key differences between food allergies and food intolerance in this article.

It is estimated that around 3 million people in the US have celiac disease, with a worldwide prevalence of 1.4 percent. For reasons not yet known to the medical community, when someone with celiac disease eats food containing gluten (a protein present in barley, rye, wheat, and some types of oats), the immune system mistakes it for a harmful invader or toxin. In response, the body initiates a severe immune attack on the small intestine in a bid to prevent absorption of the gluten. The effect of the immune reaction is the destruction of the villi, fingerlike structures on the inner lining of the small intestine, which normally aids the absorption of nutrients.

When the villi are flattened, the small intestine cannot properly absorb vitamins, minerals and other nutrients from food matter. To exacerbate the situation, the immune attack also destroys digestive enzymes usually found on the villi, which means food goes through the GI unabsorbed. As a result, celiac patients usually develop classic malabsorption symptoms, including constipation, diarrhea, bloating, gas, and sudden weight loss. Malabsorption can lead to serious deficiencies of calcium, iron, folate, and vitamins A, B12, D, E, and K. Other symptoms of celiac disease may include depression, irritability, iron-deficiency anemia, fatigue, and itchy skin rash.

Note, however, that in many cases of undiagnosed celiac, the symptoms may not appear at all. That’s why it is recommended to take an urgent celiac disease test if you are at a high risk of the condition.

What is Type 1 Diabetes?

Type 1 diabetes mellitus is a chronic autoimmune disease in which the immune system launches an attack and therefore destroys specialized cells (beta cells) that make insulin in the pancreas. Insulin is a unique protein that helps facilitate the transfer of glucose for energy use by body cells. More specifically, insulin enables glucose to be absorbed from food and passed through the blood into the cells, thereby regulating the concentration of glucose in the blood. When the body can’t produce enough insulin, glucose has no way of reaching the cells, causing the blood sugar concentration to go through the roof (hyperglycemia). This can cause serious damage to nerves and blood vessels. Unmanaged type 1 diabetes can cause serious health complications, including kidney disease, cardiovascular disease, stroke, heart attack, and even amputation.

The precise cause of the autoimmune attack in type 1 diabetes is still unknown to researchers. It is thought that certain environmental and hereditary factors may increase the risk of developing the condition.

Type 1 diabetes is often diagnosed during childhood or adolescence, which is why it is sometimes called juvenile diabetes. When you are diagnosed with the disease, the best course of action is to either embrace a lifestyle change, take insulin injects or a combination.
‍

Type 2 diabetes is characterized by insulin resistance, which means some cells don’t respond to insulin to convert blood sugar to energy. It’s worth noting that people with type 2 diabetes have beta cells, but they don’t make enough insulin.

Even though the exact cause of type 2 diabetes is not well understood, some risk factors include being obese/overweight, inactive lifestyle, 45+, and if you have a family member or close relative who has been diagnosed with the condition.

The connection between celiac disease and type 1 diabetes was first noticed by researchers and physicians in the early 1960s. Ever since, there’s been a battery of medical reports that seem to suggest that a genetic link exists between the two conditions. In the last few years, it has become apparent that the incidence of celiac in diabetics is quite sizeable. More specifically, recent medical literature has shown the prevalence of the disease in type 1 diabetics falls between 10 and 20 percent, depending on the diagnostic criteria.

If you crunch the numbers, this means that for every 100 people who have been diagnosed with type 1 diabetes, at least ten will also be celiac. This is a very high correlation, considering that 1 percent is the prevalence of celiac disease in the overall US population. Otherwise put, this means the rate of celiac disease is 5 to 7 times higher in patients with type 1 diabetes compared to the general population. Several celiac experts and researchers are trying to figure out why this is the case.

The link between celiac disease and type 1 diabetes will become clearer with continued research, here is what is currently known:

1. Both are autoimmune conditions

These are disorders in which the body’s immune system mistakenly attacks its own healthy organs, tissue or cells. The difference is the part of the body that is attacked. In celiacs, the body launches an immune reaction to gluten, attacking the small intestine. In type 1 diabetes, the body initiates an autoimmune attack on the pancreas, destroying healthy insulin producing beta cells. Because type 1 diabetes and celiac disease are both autoimmune disorders, they share common symptoms, including fatigue, weight loss, nausea, and headache.

2. Both celiac sprue and juvenile diabetes involve intolerance to foods which call for special diets

Patients with celiac disease have to adopt a strict, lifelong gluten-free diet; type 1 diabetics have to embrace a diet with little or no sugar.

3. Type 1 diabetes and celiac disease have a genetic connection

Scientists have established that the two diseases have a minimum of 7 genes in common. More are being discovered through research.

4. There is no documented connection between celiac disease and type 2 diabetes

Overweight issues are a factor in both diseases. In one study published in 2006 in the American Journal of Gastroenterology, researchers found 39 percent and 13 percent of celiac patients to be overweight and obese respectively.

Being overweight or obese, puts the patient at a greater risk of developing type 2 diabetes. A gluten-free diet typically has low levels of fiber, which may explain the weight gain. Besides, most baked or processed gluten-free items have higher calorie and fat content than gluten-containing foods.

Most diabetics with celiac disease report having no symptoms of the latter at all. Either way, if you are a confirmed celiac with type 1 diabetes, it is crucial that you get on a strict gluten-free diet.

The earlier you follow a gluten-free lifestyle, the lower your chances of suffering from unpleasant symptoms and causing other autoimmune disorders, such as ulcer colitis, autoimmune thyroid disease, and psoriasis.

Although it is still a subject of controversy, a gluten-free diet might help improve the regulation of blood sugar for people with diabetes. Extensive damage to the small intestine due to untreated celiac disease, on the other hand, can elevate the risk of chronically low blood sugar (hypoglycemia) because the small bowel can no longer properly absorb glucose from food.

A growing number of medical reports show there is a clear relationship between celiac disease and type 1 diabetes, but not with type 2 diabetes. The prevalence of celiac sprue among diabetic patients is thought to be 10-20 percent, which is much higher than the 1 percent incidence in the overall US population. Further research continues, however, genetic links and the fact that both diseases involve food intolerance may help explain the substantial connection.