Celiac Disease and Hair Loss - How Does It Happen?

Celiac disease, if you’re not already aware of it, is an autoimmune disorder affecting approximately 3 million individuals in the US alone.

Following the consumption of gluten (a form of protein found in rye, barley, and wheat among other grains), individuals suffering from the condition will become incredibly sick and uncomfortable in the time immediately following. But that is just the start of the symptoms of the disease – if ignored long enough patients can expect to see hair loss and skin rashes to go along with an upset gut.

There is very little knowledge about what exactly causes celiac disease.  Although gluten intolerance is well-known for causing flair-ups, little success has been found in the development of medicines and treatments.

Instead of being able to purchase an over-the-counter potion or pill-packet, patients and those suffering from celiac disease must instead switch their entire diet to gluten-free foods to ensure that their body won’t turn on them.

Ignored for long enough, there is a substantial price to pay with the lower-intestine taking the biggest hits. But for now, let’s keep things above the shoulders and focus on the links between celiac disease and hair loss.

Symptoms of celiac disease range from simply gut-related to more difficult to diagnose general symptoms and of course, the longer-term issue of hair loss.

General symptoms that may be linked to celiac disease include:

With so many general symptoms, it can be difficult to diagnose celiac disease correctly the first time around, so it’s not difficult to see why there are so many people unknowingly wandering the streets with the medical condition.

The digestive condition sees the body react to gluten and react with an immune autoresponse, often inducing widespread inflammation and severe damage to the villi (finger-like projections) found in the lining of the small intestine.

These villi help boost the absorption of nutrients into the bloodstream, but with the extensive harm inflicted due to gluten consumption, huge health ramifications can be seen because the small intestine cannot correctly function.

It’s this functional impairment that’s so damaging to the human body and can be blamed for a variety of different health conditions, including some cases of infertility and the trigger to some cancers. The immediate symptoms draw the most attention of the disease to those who believe they may be suffering from it.

More and more people are opting to avoid gluten in their diet regardless of their intolerance levels, but those suffering from celiac disease have no choice regarding their diet and must stay away from gluten in its entirety.

It may sound simple, but it’s not such an easy task with gluten found in so many different food sources in our daily lives. If you want to remove gluten to benefit your lifestyle and/or your own condition, it’s vital to avoid the following foods, providing they are not labeled otherwise:

If you’re unsure of what a certain food contains, it’s always a good idea to check the labels of those containing processed ingredients and researching those that do not. You can’t be too careful; even the slightest trace of gluten can set alarm bells through the body if you’re suffering from celiac disease.

Can intestinal problems cause hair loss?

It may sound like a correlation that you wouldn’t find in your wildest dreams, but intestinal problems can cause hair loss.

A 2013 study investigated the correlation of hair loss in patients with inflammatory bowel disease (IBD), showing the potential reason of protean as the cause of hair loss in IBD patients. Despite this, as imaginable, there is relatively little data describing the prevalence, cause, or course of hair loss in people with IBD.

It’s difficult to pinpoint the reason for hair loss in those tested and it is not always possible to make such a determination to an accurate degree. Telogen effluvium, associated with acute or chronic flares of IBD is regarded as the most common cause of disease-related hair loss, although the prevalence is unknown. Other causes can be identified as drug-related side effects and nutritional deficiencies, although protean is the demonstrated conclusion as reported in the study.

Although the study demonstrated a focus on IBD, the disease shares plenty of common ground with Celiac Disease, often leading to common misdiagnosis between the two. Approximately 4-10% of those suffering from IBS are also thought to suffer from celiac disease so it’s important to get tested if you’re demonstrating gut-based and/or general symptoms of the condition.

It might surprise you to find that there is actually some common ground between celiac disease and alopecia.

The two, although seeming to be worlds apart, are both immune conditions. Although researchers aren’t exactly clued up on what causes alopecia, the condition is regarded as the body ‘attacking’ itself. This ‘attack’, common in both men and women, leads to the loss of hair. It presents itself with several bald patches across the head. In particularly bad cases, the condition can lead to complete baldness.

For some, there is no cure for alopecia, no matter what a patient may try.  For others, there is hope in the form of diet. By embarking on a gluten-free diet, patients often report hair growth returning to these bald patches within just a few months.
‍

It’s not just what patients ‘do’ eat that can be a problem; what they ‘don’t’ eat can be one of the biggest issues leading to hair loss.

Perhaps the most common reason for hair loss in those suffering from celiac disease is simply caused by nutritional deficiencies and the weight loss that characterizes the symptoms of the disease. The malabsorption of vitamins and minerals causes a plethora of deficiencies that affect many different parts of the body, including hair growth.

Total hair loss is the last evidence of multiple nutritional deficiencies, so there is scope for the deterioration of the quality of the hair before reaching this point. In cases of mild nutritional deficiencies, patients may see their hair quality diminish and adopt a lifeless and brittle appearance. Therefore, complaints of brittle and thinning hair, dermatitis, dandruff and slow-growing hair with split ends may all be areas of concern indicating that a celiac disease test should be considered.

Although it is impossible to pinpoint the exact vitamins and minerals responsible for the hair loss seen with celiac disease, it’s a good idea to take a look at those essential for hair quality and growth for supplementation consideration.

If you are noticing symptoms of vitamin and mineral deficiencies with decreasing hair quality (or hair loss), it’s a good idea to consider supplementing the following to reduce symptoms:

Although it may be difficult to remember to supplement a diet with individual capsules each day, multivitamins are also available which contain a rich variety of required vitamins and minerals.

By ensuring that the majority of the aforementioned selection is accounted for, patients can have confidence that they are doing their best both for their body and to treat hair quality and hair loss.

Hashimoto’s Thyroiditis is an autoimmune disease in which the body generates antibodies that unfortunately work to attack and destroy the thyroid – a small gland at the base of the neck.

There are approximately 20 million Americans suffering from some form of thyroid disease. The condition is most common among middle-aged women, but it can occur in either sex at any age. Although doctors don’t know what causes the immune system to attack the thyroid gland, there are significant links to celiac disease. In fact, the prevalence of Hashimoto’s Thyroiditis in celiac patients is four times that of the general population, although this could very well be due to a common genetic predisposition.

Patients may find that the symptoms of undiagnosed celiac disease may be a little different from those who also have thyroid disease; research studies have shown it is beneficial to screen those with thyroid issues for celiac disease.

Although there is limited research surrounding the use of a gluten-free diet in order to treat thyroid issues, it is an area where we are expecting to see more research, especially with the established link between the two.

Although the two may at first seem worlds apart, celiac disease can, in fact, be linked to and identified as a cause of hair loss.

Although we are seeing some, albeit limited, research involving links between intestinal problems and hair loss, it is undeniable that the two are found to be connected, especially when considering the vast number of patients reporting the symptom.

It’s clear that, although once considered an alternative medical approach, sticking to a gluten-free diet can actually reduce the effects of hair loss from alopecia and restore hair in just a few months. However, it’s much more common for the patient to be at the hands of a vitamin and/or mineral deficiency whether a patient is known or unknown to suffer from celiac disease.

By opting to remove gluten entirely from the diet and supplement with the aforementioned vitamins and minerals (Vitamin C, Vitamin D, Complex B, Biotin, Zinc, Iron, Copper, Selenium, and Silicon) a patient stands the best chance at recovery. The exact vitamin deficiency responsible is rarely known, so it’s important to attempt to ‘cover all bases’ with a high-quality multivitamin or dedicated supplementation stack.

Ultimately, it’s vital to consult a healthcare professional, especially if you are not currently diagnosed with celiac disease, to ensure the correct healthcare plan is followed. There are plenty of different ways to get tested, as well as plenty of great sources of information regarding gluten intolerance that you can find online.

Prediabetes is an increasingly worrying health condition that affects roughly 88 million people in the US, which translates to around 1 in every 3 Americans, according to the Centers for Disease Control and Prevention (CDC). It’s a serious condition in which your blood sugar is elevated yet not high enough to reach the level for a type 2 diabetes diagnosis. 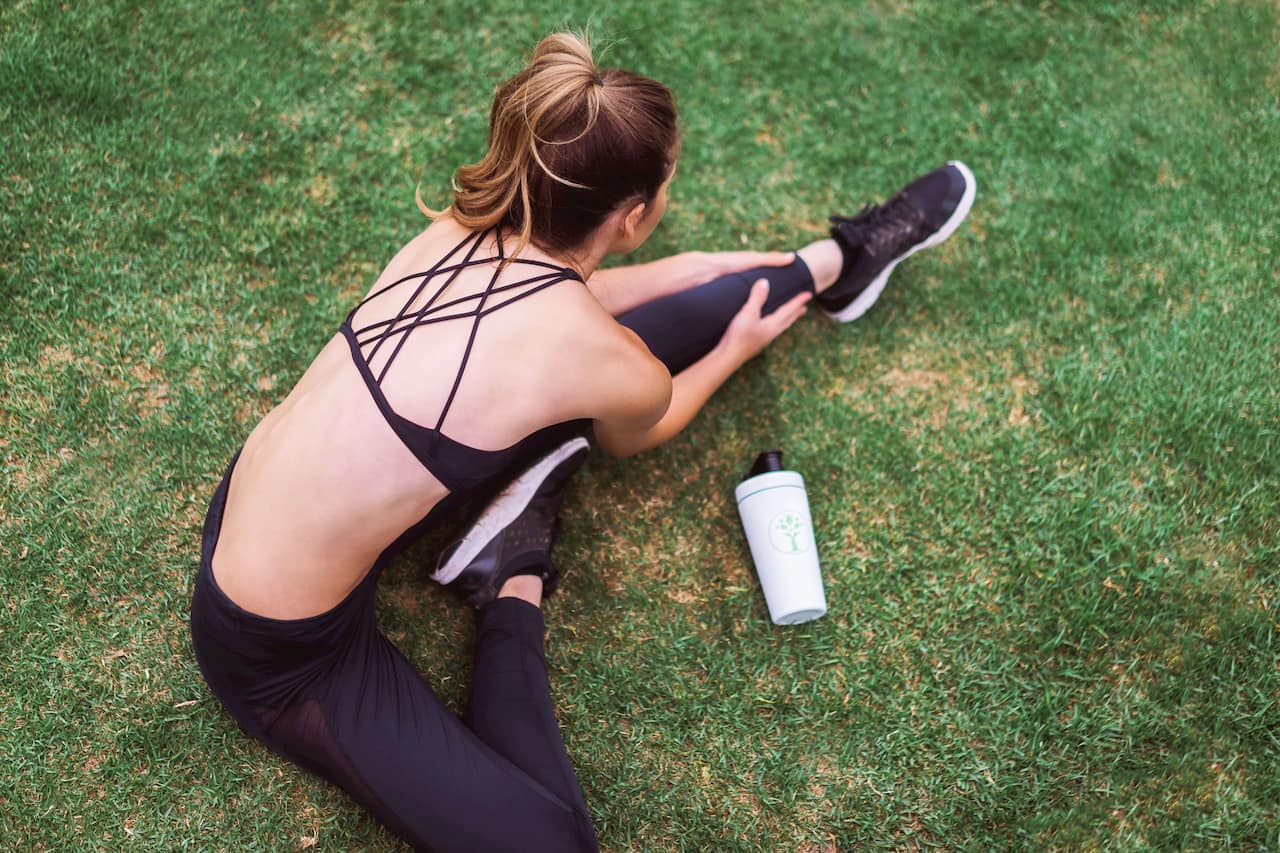 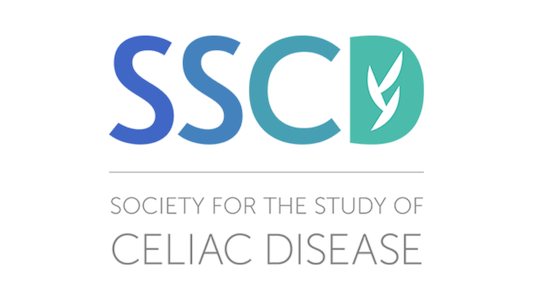 imaware™ shares a common goal with the SSCD to increase awareness in the community of testing, diagnosis, and treatment of celiac disease.