Celiac Disease and Infertility: A Guide 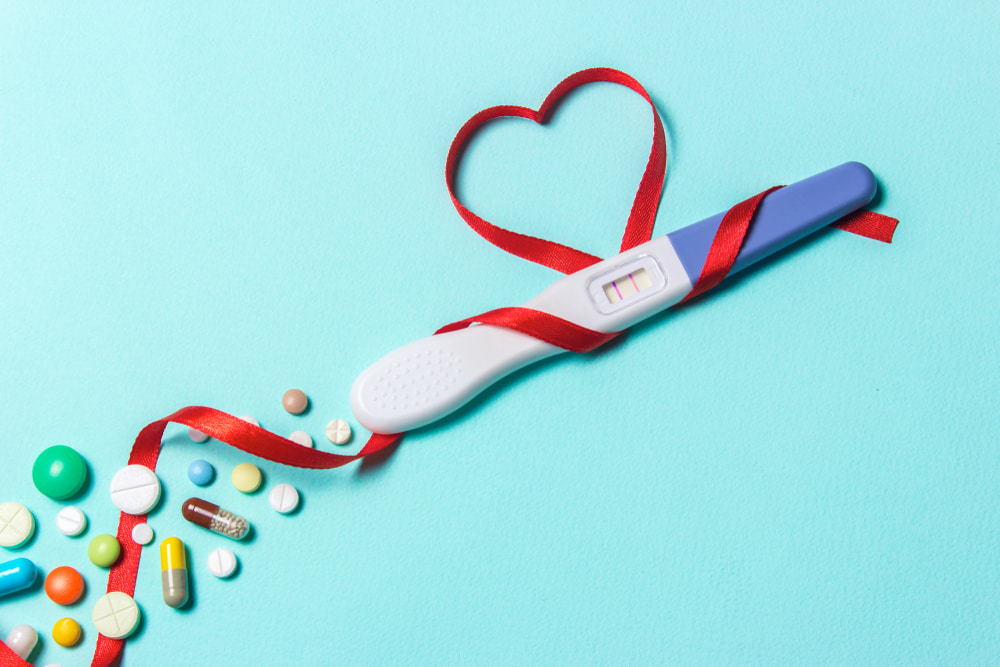 Numerous clinical studies have indicated the possibility of a connection between celiac disease and pregnancy complications such as miscarriages, preterm births, and low-birth-weight babies.

However, might undiagnosed or untreated celiac disease even be preventing you from conceiving in the first place? Some recent medical studies seem to conclude it’s a possibility.

Over the past decade or so, different studies have revealed conflicting results when investigating the relationship between infertility and celiac disease.

While some have concluded that untreated celiac women may have a higher risk of developing fertility problems, others have found no compelling evidence to support an increased risk of infertility.

One notable point of agreement, however, is that the rate of unexplained infertility in women with undiagnosed or untreated celiac disease is much higher than in the general population. That means for some women, an inexpensive, hassle-free blood test could change their fertility story forever.

This quick guide looks to uncover what is currently known about the seemingly enigmatic link between celiac disease and infertility.

Celiac disease is a digestive disorder in which immune-induced inflammations destroy the inner lining of the small intestine–the so-called villi that are responsible for taking in nutritional content from foods–when the patient consumes the ingredient known as gluten.

This renders the small intestine unable to properly absorb nutrients. Since the villi themselves are damaged in celiac disease, this also means supplements are not a great help, as they too cannot be processed and the nutritional values extracted.

Like most food intolerances, it’s believed that celiac disease appeared at some point during the agricultural revolution when human beings first started ditching their hunter-gatherer lifestyles for more sustainable crop farming.

The first person to identify the disease was thought to be Aretaeus of Cappadocia, a well-respected Greek physician of his time. In the late 17th century, Dr. Mathew Baillie documented his observations of a condition resembling the present-day celiac disease.

It wasn’t until 1888, however, that an English pediatrician named Samuel Gee published a complete medical description of celiac disease. We aren’t going to delve deeper into that here and now, but, if you’re interested, you can read our in-depth post on the history and evolution of celiac disease.

History aside, having celiac disease is both destructive and painful. Since its damage to the villi causes malabsorption, most of its symptoms are digestive problems like diarrhea, nausea, bloating, gas, abdominal cramps, and constipation.

There is also some confusion in diagnosis since celiac disease symptoms are readily and frequently mistaken for other conditions such as irritable bowel syndrome, type-1 diabetes, lactose intolerance, Crohn’s disease, stomach ulcers, and other closely related gastrointestinal conditions, prolonging the pre-diagnosis period and both exacerbating the range of symptoms and severity.

It may not seem especially surprising that fertility is adversely affected by nutritional deficiencies in the first place, and some research seems to suggest that reproductive disorders like unexplained infertility, low baby birth-weight, and unexplained miscarriages may be the key first symptoms of the condition in an otherwise asymptomatic person.

For this reason, it’s recommended that women with unexplained infertility and reproductive disorders should receive tests for celiac disease. After all, most of these conditions may soon disappear or become reversed when a sufferer goes onto a gluten-free diet. Find out more about celiac disease, and how to get tested.

Infertility refers to when a man can’t contribute to pregnancy, or when a woman can’t get pregnant despite having unprotected sex. There are many definitions of infertility out there, but it generally encompasses a couple that has been trying to conceive unsuccessfully for at least 12 months, while having regular, unprotected sex.

Additionally, some women can get pregnant but then suffer repeated miscarriages, or deliver prematurely. CDC estimates that about 12 percent of American women have difficulty either carrying a pregnancy to term or getting pregnant.

In about 75 percent of infertility cases, the cause can be identified or explained, the most common causes being ovulation problems, cervical mucus thickening, endometriosis, fibroids, pelvic inflammatory disease, and premature ovarian failure.

Sterilization, surgical scarring, and some medications or aggressive drug treatments may also cause infertility.

Of course, it follows that as 75 percent of infertility cases are explicable, the remaining 25 percent go unexplained, and this is where infertility specialists sometimes suspect the involvement of celiac disease.

Some studies examining the data of infertile women in comparison to the general population showed no increased celiac disease prevalence. For example, a 2014 cohort study published in the journal Gastroenterology, by Dr. Joe West and his colleagues at Nottingham University, found celiac women no more likely to be diagnosed with infertility than females in the general population. Their expansive, 20-year study analyzed the extensive clinical data of over 2 million women aged between 15 and 45 in the UK. Dr. West, however, noted one exception in respect of females diagnosed with celiac disease between 25 and 29 years of age, where the prevalence of reported infertility was said to be 41 percent higher than in non-celiac counterparts. Even so, Dr. West’s team still concluded that women with treated celiac disease (who already were on a lifelong, gluten-free diet) didn’t seem to have any greater risk of developing fertility problems than non-celiac women.

Other recent clinical studies have concluded that women with untreated or undiagnosed celiac disease may have an elevated risk of infertility, some suggesting this may be a two-way street.

A further burgeoning body of varied medical research studies suggest that women with unexplained infertility do have 2x to 6x higher odds of being diagnosed with celiac disease.

The bottom line is, within this context, the exact figure and stated odds depend on which study you’re reading.

Firstly, a 2016 meta-analysis study published in the Journal of Clinical Gastroenterology revealed that women with unexplained infertility may have around a 6x higher probability of being diagnosed with celiac disease than the general population.

The same study found that women with infertility (cause known or unknown) were 3.5 times more likely to have celiac disease than the “controls.”

Another more recent 2018 Danish study published in the journal Human Reproduction underscores the importance of OB/GYNs and physicians considering screening for celiac disease whenever a woman has fertility problems–including miscarriages and preterm births.

In this study comparing the clinical records of 6,319 celiac women against those of 63,166 non-celiac women in Denmark, researchers concluded that untreated celiac disease may be linked to an increased risk of reproductive problems.

More specifically, they considered that women experiencing repeated miscarriages may be more likely to have celiac disease than the general population.

In conclusion, it’s hardly surprising women themselves–or even physicians–are confused when faced with so many conflicting research outcomes. Meanwhile, research continues into the relationship between celiac disease and infertility.

While existing medical literature is somewhat confusing on the relationship between infertility and celiac disease per se, studies do point to a likely correlation between untreated or undiagnosed celiac disease and certain reproductive problems, especially spontaneous miscarriages, preterm births, and stillbirths.

It’s not clear, however, whether the erratic immune system may cause these reproductive problems, or whether malabsorption due to untreated celiac disease may be the culprit, as mentioned earlier.

Celiac Antibodies – The presence of high levels of antinuclear antibodies (ANA) could be a sign of a woman’s body attacking itself. Preliminary reproductive immunology research has shown that celiac-induced antibodies such as ANA, DGP (deamidated gliadin peptide), tTG (anti-tissue transglutaminase) and EMA (endomysial antibodies) could have an adverse effect during early pregnancy.

Natural Killer (NK) Cells – Despite their scary name, NK cells are a crucial part of the immune system, given that they are highly specialized white blood cells that help kill virus-infected and cancerous cells. Having high levels of natural killer cells, however, has been blamed for potentially causing recurrent miscarriage and loss of fertility. In a 2014 mice study, scientists found that exposure to gliadin–a gluten component–may increase the activity, toxicity, and percentage of NK cells.

Nutritional Deficiencies – If you have untreated celiac disease, you’re highly likely to be deficient in any or all of selenium, zinc, iron, calcium, iron, and folate, all of which are essential to a healthy reproductive life.

Hormonal Problems – Undiagnosed or untreated celiac women are more likely to have a lower BMI and body weight due to malnutrition and other health problems associated with malabsorption. This can cause hormonal issues leading to earlier menopause and delayed onset of menstrual periods. Hence, women with untreated celiac disease may remain fertile for fewer years than non-celiac females.

While some studies have shown there may be a correlation between celiac disease and an increased risk of infertility, others refute this claim. What most scientists do seem to agree on, however, is that untreated celiac disease may be linked to unexplained infertility, especially in women.

The good news is that testing for the condition can be as simple as taking a blood test, and in the light of the confusing findings, this is advisable. Even better, skip the lab altogether and take an imaware™ At-Home Blood test, which has been found to be +95% accurate and does the job in under 5 minutes.