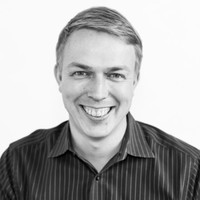 Do you have a skin rash? If you do, you might have celiac disease. The “official” name of the skin condition is dermatitis herpetiformis (DH) and common symptoms include blistering skin and severe itching. DH is sometimes referred to as a 'gluten rash' or 'celiac rash'.

DH is a chronic condition, meaning that it can persist for a very long time. If you have celiac disease, this does not necessarily mean that you are going to develop DH. However, if you do, you are likely to get it around your joints, such as your elbows and knees, as well as around your buttocks.

The rash can also appear on other parts of the body, including the neck, face, groin and legs:

It takes 1-2 weeks for your blisters to scab over and heal, but new blisters often grow in their place. Symptoms can die down and flare back up over time. Once you get DH, you usually have to deal with it for the rest of your life. But the good news is that it is treatable with a gluten-free diet in the vast majority of patients.

DH is typically symmetrical on the skin, so if you have it on one side of your body, it’s likely you already have, or will develop it, on the other side of your body. Gluten rash also disappears spontaneously, and when it does, it may leave behind a pale or brown mark on your skin, where the pigmentation has been lost. It’s worth noting that making skin contact with foods or other products containing gluten has not yet been proven to cause outbreaks of DH.
‍

Who Gets Dermatitis Herpetiformis?

According to NHS Inform, DH affects fewer people than celiac disease, at around 1 in 10,000 people. It can also appear at any age but it’s more likely to be diagnosed if you are aged between 15 and 40. Of those that have been diagnosed with celiac disease, less than 20 percent will experience DH. However, about 20 percent of people with DH will also experience intestinal symptoms of celiac disease.

"Please note that, regardless of having intestinal symptoms or not, 4 out of 5 of those that continue to eat gluten in their diet will experience damage to the small intestine." 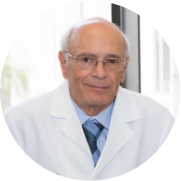 How Can You Diagnose Dermatitis Herpetiformis?

Doctors and medical professionals can diagnose DH by obtaining a tiny piece of the skin with a biopsy and closely examining cells underneath the top layer, known as the dermal papillae. Specifically, doctors would be looking for neutrophils and granular deposits of the Immunoglobulin (IgA) antibody. If doctors find traces of these antibodies, the skin biopsy is positive and the diagnosis of DH is final.

Even though DH is considered “the celiac disease of the skin”, 60 percent of people living with DH don’t experience diarrhea, constipation or stomach pain but the majority of them will have the same damage to the gut as with celiac disease.

To ensure that the test results are accurate, it is important to eat gluten-based foods until the biopsy is completed. Please be mindful that some patients with DH do not have a positive blood test for celiac disease: the condition however carries the same risks of celiac disease, if untreated.

One of the reasons DH is often misdiagnosed by healthcare professionals is because it shares similar symptoms with other rashes and outbreaks, like an allergic reaction, or skin conditions caused by insect or mosquito bites. It can also be misdiagnosed for another condition, such as herpes (hence the name “herpetiformis” meaning “like an Herpes”), eczema, and hives.

How Do You Treat Dermatitis Herpetiformis?

DH treatment is not just a one-off exercise. It requires a life-long commitment to strictly and completely avoid eating gluten-containing foods – exactly the same as managing celiac disease. However, compared to the intestines' response to a gluten-free diet (GFD) with celiac disease, the skin’s response to a gluten-free diet takes a lot longer. In fact, it can take close to 6 months for your skin to show signs of improvement. It can also take another 1-2 years for the body to completely adjust to the gluten-free diet alone.

Initially, in addition to the GFD, it is advisable to use a specific antibacterial medication called dapsone. This tablet must be swallowed and will help to control the symptoms, which will start working within days. Remember however that DH lesions will come back if the drug is not taken before the GFD is in effect. There are a few side effects of dapsone to be aware of too. Stomach pain, nausea, vomiting, headache and dizziness may occur.

For anyone that cannot tolerate dapsone, other drugs that can be used include sulphapyridine and sulphamethoxypyridazine. Drug treatment will only address the skin itching and blisters. It will not treat any other symptoms, so a GFD is an essential part of the treatment of DH, as it is for anyone with celiac disease.

Note that DH is a skin manifestation of celiac disease. It occurs due to the body’s abnormal immune response to gluten and is not connected to non-celiac gluten sensitivity.

Although you may read about a few home remedies that are proposed to manage DH and celiac disease, it is important to realize they will not be effective at all unless a strict GFD is instituted. Providing you are on a strict GFD, some of the most recommended home remedies include introducing the following into your GFD:

If you suspect that either you or a family member could have DH, please consider getting tested for celiac disease before going gluten-free! Once again however, remember that a negative test, while very helpful to rule out celiac disease, does not rule out DH, as some patients with DH may have a negative celiac blood test. Having said that, arming yourself with information about your body's response or condition to gluten can help your physician conduct further diagnostics.