Can Celiac Disease Lead to Vision Loss? The Connection Between Celiac and Eye Health 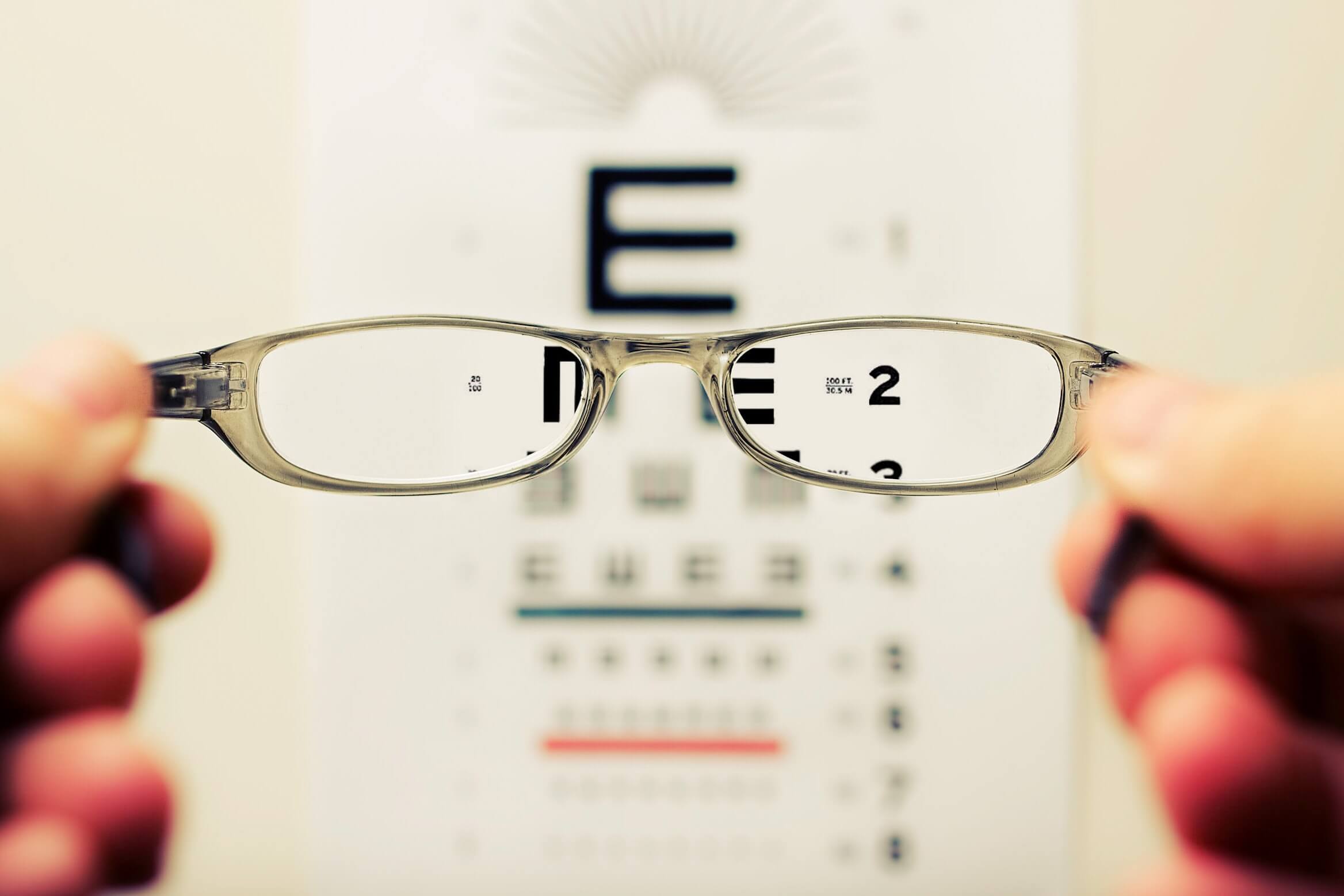 Today, approximately 1 in every 100 Americans have celiac disease, an autoimmune disorder that primarily affects the small bowel of individuals with genes for the disease, according to the National Institute of Diabetes and Digestive and Kidney Diseases.

Celiac disease is not a food allergy, neither is it a gluten intolerance. When the celiac patient eats anything with gluten – a protein common in rye, barley, wheat, triticale and other cereals, the body’s immune system responds by attacking villi, hair-like structures on the inner lining of the small intestine. That’s why the classic symptoms of celiac disease are usually associated with the small intestine’s inability to properly absorb nutrients from food consumed. Unsurprisingly, these include gastrointestinal symptoms such as abdominal pain, diarrhea, constipation, bloating, excess gas, and dramatic weight loss.

Sometimes people who have celiac disease may not show any noticeable symptoms; others may experience non-gastrointestinal symptoms, such as dermatitis herpetiformis (itchy skin rash), osteoporosis, iron-deficiency anemia, fatigue, heart problems, and headaches.

It’s not uncommon for celiac individuals to experience reproductive problems, including miscarriage, infertility and pre-term pregnancy. It may also result in neurological disorders like Parkinson’s disease, Alzheimer’s, and several types of dementias.

It is estimated that around half of celiac patients show symptoms that are not digestive in nature. They vary depending on age at onset, gender, the strength of the immune system, and the genetic predisposition of the individual.

Although the small intestine bears the biggest brunt, individuals with celiac disease know that the disorder affects more than just their gastrointestinal tract (GI). There is a heap of medical evidence that the condition may affect the reproductive system, central nervous system, brain, and skin.

Can Celiac Disease Cause Vision Loss?

Yes — according to recent studies, there seems to be a strong connection between celiac disease and eye health. More specifically, there are numerous reports in the medical literature about vision loss that may be related to celiac disease.

Celiac eyes manifest in many ways. These vision problems can be categorized into malabsorptive issues and autoimmune disorders.

In the first category, you’ll find eye problems related to the absorptive disability of the small intestine due to damage caused by celiac disease.

The celiac eyes manifestation connected to malabsorption and severe malnutrition are related to low levels of calcium, vitamin D and vitamin A. All of these minerals and vitamins are crucial for robust eye health, and severe deficiency can lead to dry eye, cataracts, retinopathy, and intracranial hypertension.

Other celiac eye issues are correlated to autoimmune disorders caused by celiac disease. These include inflammation of the thyroid glands due to brain occipital calcification and orbitopathy; eye inflammation (uveitis), and orbital myositis.

Let’s take a closer look at the links between eye problems and celiac disease.
‍

In a healthy person, the immune system responds quickly when invaded by foreign germs. It systematically attacks these foreign bacteria and materials, keeping disease at bay. Unfortunately, the immune system can sometimes attack its own body mistaking it for foreign invaders. Called autoimmune disorder, this phenomenon can cause insurmountable damage to healthy cells and tissues.

Roughly 1 to 4 million Americans have Sjögren’s syndrome, according to the National Institute of Neurological Disorders. 90 percent of individuals with the disease are women, and most of them are over 40. Because of the widespread autoimmune attack on the lacrimal glands, the body of a person with Sjögren’s syndrome cannot produce adequate moisture. Needless to say, this can harm your eyes. Chronic Sjögren’s syndrome, which is triggered by celiac disease, is said to be a secondary autoimmune disease. It can lead to extensive eye damage and even vision loss.

Symptoms of Sjögren’s syndrome vary from person to person, but most people experience dryness of the mouth and eyes, as well as joint pain, rashes, fatigue, and sometimes vaginal dryness. The eyes not only become dry but it may also feel like a burning sensation.

Dry eye (technically called Dry Eye Syndrome) is a condition in which the lacrimal glands can’t produce adequate tears or the eyes are not able to maintain a normal tear layer to cover the surface. Dry eye is usually accompanied by dryness of the eyes, a burning-like sensation, or feeling like there’s something lodged in your eyes. Because there is insufficient protection from tears, your eyes cannot get rid of germs, dust, and other irritants. As a result, someone with dry eye may experience an array of symptoms, including redness, pain, burning, and stinging.

A growing number of medical studies have shown that celiac disease may cause dry eye. How so? This condition is directly linked to the absorptive disability of the small bowel. Vitamin A, which is found in abundance in peppers, broccoli, fish, carrots, spinach, and eggs, is essential for eye health. Unfortunately, celiac disease renders the small intestine unable to absorb vitamin A from these foods. Vitamin A deficiency causes a drastic change to squamous cells and loss of goblet cells.  Both types, are important for the proper functioning of the eye’s epithelium. Eventually, acute deficiency of vitamin A will lead to dry eye syndrome and a plethora of other vision impairments like night blindness. In rare cases, this can turn the eye’s cornea into a liquid mess which can lead to total vision loss.

Some studies seem to suggest a potential correlation between a specific type of vision loss and celiac disease. This type of loss of vision results from occipital calcification, a condition in which an abnormal amount of calcium is deposited in the occipital lobes. The occipital lobes are the part of the brain responsible for visual processing and are vital for sight. Celiac disease causes a buildup of calcium in these regions, leading to vision loss.

There are several studies that corroborate this claim. For instance, in one case study of a celiac woman on a gluten-free diet, researchers reported long-term visual “disturbance” along with color sensitivity loss, reduced field of vision, and severe loss of visual sharpness. When the clinicians conducted an MRI scan, they discovered huge deposits of calcium and abnormal tissue growths in her brain. They concluded that celiac disease can cause cortical deficit which results in calcium buildup. Moreover, they said this case study showcases the importance of early diagnosis and the need of embracing a gluten-free diet sooner than later.

By accounts of individuals with celiac disease, however, most people have reported that their vision improves soon after they embraced a gluten-free diet. In fact, some celiac people have reported a significant reduction in their sharpness of vision once they consumed gluten foods, but this clears up as soon as they avoid gluten.

There are a handful of studies and research that have shown a clear link between cataracts and celiac disease. People with celiac disease not only experience chronic diarrhea but also many other malabsorption symptoms. These usually cause severe vitamin D deficiency. As you may already know, vitamin D is an important micronutrient that is crucial for skin, heart, brain and eye health. Vitamin D deficiency interferes with calcium absorption, which in turn results in hypocalcemia.

Hypocalcemia is a condition that is well-known for contributing to the development of cataracts. Also, chronic constipation and diarrhea related to celiac disease can cause dehydration, affecting the normal functioning of the eye.

The retina is a layer of tissue in the back of the eye.  It helps convert light into nerve impulses which are then relayed to the brain. In short, it helps turn what you see into what the brain can interpret. Lack of vitamin A due to celiac disease malabsorption can cause the retina to swell or malfunction. This leads to a condition called retinopathy. As such, celiac disease can increase the risk of developing diabetic retinopathy. The link between celiac disease and type 1 diabetes is well-documented, with prevalence rates ranging from 3 to 12 percent.

The relationship between celiac disease and eye health problems is well established.

Celiac disease affects the eye through severe malabsorption of vitamin D, vitamin A, and calcium. This can lead to cataracts, pseudotumor cerebri, dry eye, and diabetic retinopathy.