Prostate Cancer Screening Test
was added to your cart!
Checkout

Cut these items from your diet to lower your risk of prostate and other cancers. 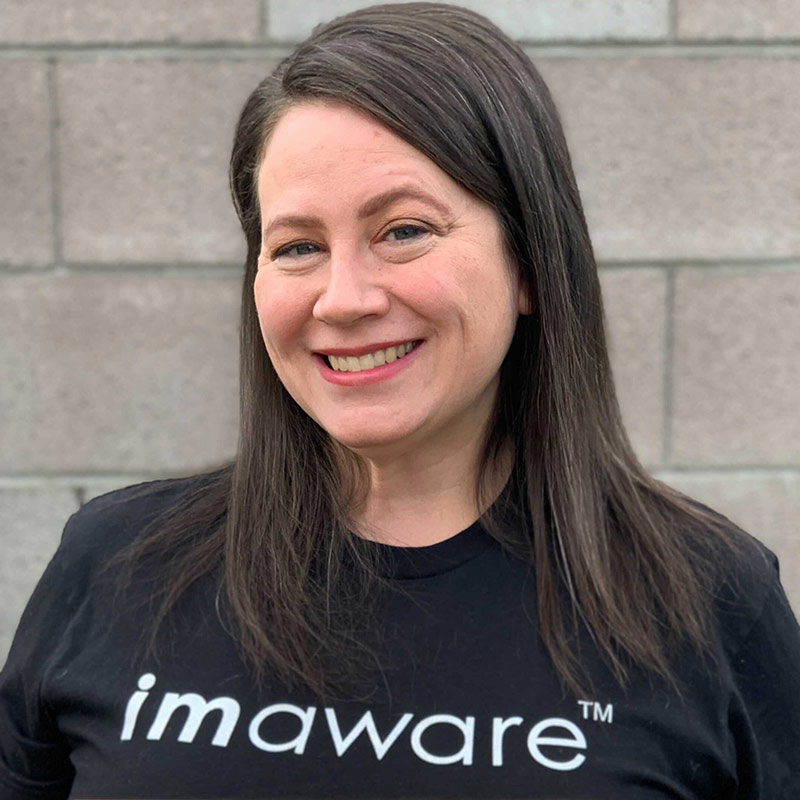 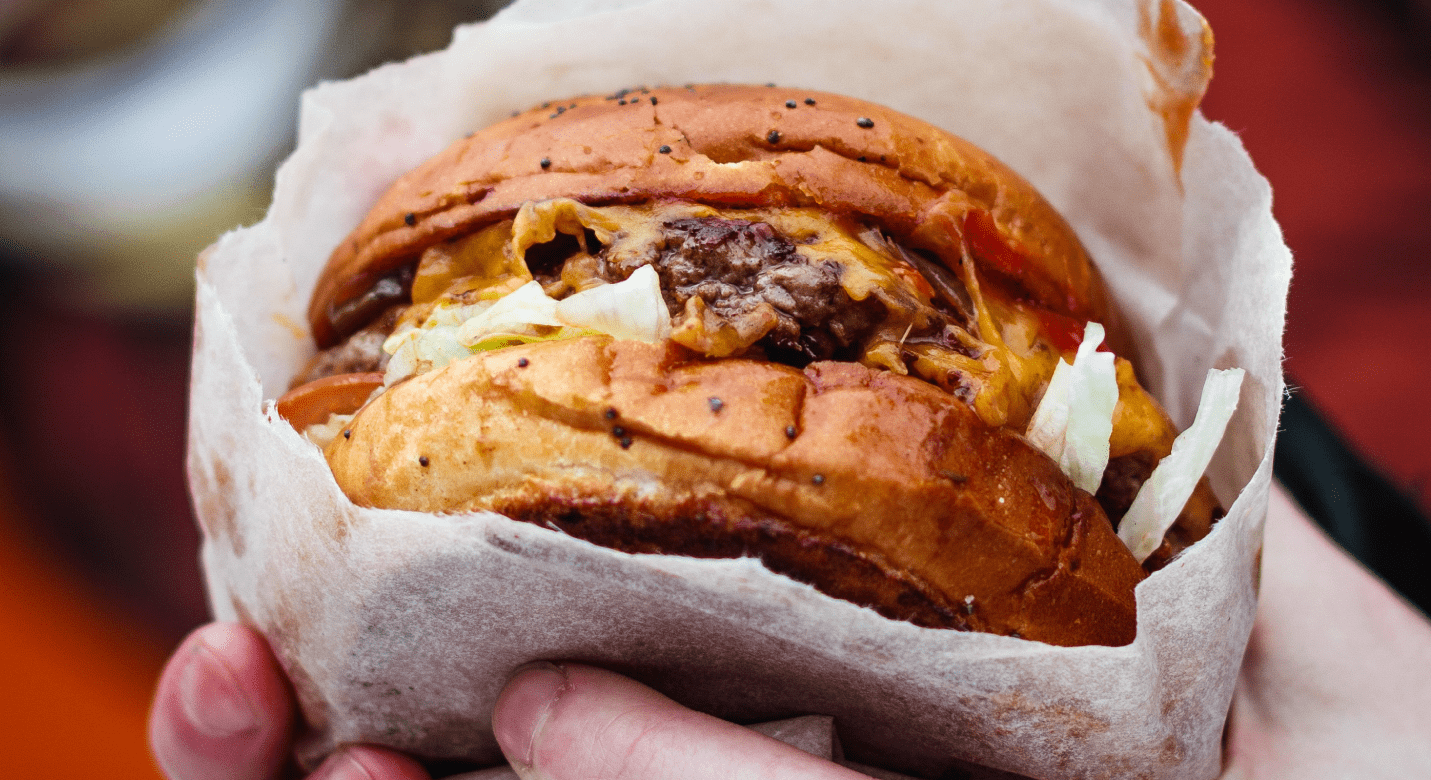 Prostate cancer is common, affecting one in eight American men.¹ Unfortunately, some prostate cancer risk factors — like genetics and family history — are out of your control. But if you’re worried about your chances of developing prostate cancer, there are lifestyle habits you can adopt that are associated with better prostate health, including dietary changes.

Here are the top items to avoid if you’re trying to reduce your risk of prostate cancer:

High sugar intake is associated with all cancers, including prostate cancer. Sodas and sugary drinks in particular can easily tip your sugar intake into unhealthy levels. (The average small serving of soda has about seven to 11 teaspoons of sugar;² the American Heart Association recommends men consume no more than nine teaspoons of sugar per day.³)

One study out of Sweden found that a higher dietary intake of refined carbohydrates, such as cakes, cookies and sugary soft drinks, was correlated with an increased risk of prostate cancer.⁴ Another cohort study of over 22,000 men from researchers at the University of California concluded that “limiting intake of sugars from beverages may be important in the prevention of prostate cancer.”⁵

Diets high in saturated fat are associated with increased risk of advanced or fatal prostate cancer. Fatty cuts of meat, dairy products and coconut and palm oils are all sources of saturated fat.⁶

One small study from Laval University in Quebec found that moderately reducing saturated fat may reduce the risk of dying from prostate cancer.⁷ Plus, diets low in saturated fats promote a range of health benefits, including lowering your risk of cardiovascular disease.

The American Heart Association recommends that saturated fat make up no more than five to six percent of your daily calories.⁸ Unfortunately, it can add up fast—for a man following a 2,000-calorie per day diet, that’s roughly equal to one six-ounce steak, one small ice cream bar,  or half of a frozen, single-serve chicken pot pie.

Dairy is an important source of calcium, but it is possible to get too much of a good thing. For example, a study by the Department of Nutrition and Harvard’s School of Public Health indicated that a high intake of dairy may be correlated with an increased risk for prostate cancer.⁹ Similarly, a 2015 meta-analysis published in the American Journal of Clinical Nutrition found that drinking more than one glass of milk per day doubled a man’s risk of developing fatal prostate cancer.¹⁰

Drinking is a known risk factor for many cancers, including throat, esophageal, larynx, liver, colon and rectal cancer.¹¹ Although the National Cancer Institute concedes that studies around alcohol and prostate cancer can be inconsistent, they also say that evidence linking alcohol use with increased prostate (and pancreatic) cancer is rising.¹² Another study from the Center for Addictions Research in British Columbia linked higher doses of alcohol, arguing that it’s time to include prostate cancer risk in public health strategies for alcohol-related diseases.¹³

A diet high in salt is associated with an increased risk of several cancers and chronic health conditions. A Canadian study found that regularly adding salt to food was linked to higher risk of prostate and other cancers.¹⁴ The FDA suggests aiming to limit sodium intake to 2,300 mg per day (that’s around one teaspoon of table salt).¹⁵

Eating red and processed meats is correlated with a greater risk of several cancers, especially colorectal cancer.¹⁶ Processed meats like sausages, bacon and hot dogs may be particularly problematic.¹⁷ The same Canadian study that found adding salt to food was associated with increased risk of prostate cancer found that eating processed meats is even riskier, saying they are significantly related to a higher risk of many cancers, including prostate.

The American Institute for Cancer Research recommends limiting red meats, eating “little, if any” processed meats and replacing both with more fruits, veggies and plant-based proteins like beans and legumes.¹⁸

You can’t control all your prostate cancer risk factors, but eating a healthy diet is one way to protect your prostate and overall health. Limiting your intake of sugary drinks and sodas, saturated fats, dairy, alcohol, sodium and red and processed meats may reduce your likelihood of developing prostate cancer. Testing for prostate cancer early can be an incredibly easy way to identify symptoms early.

2.  Harvard School of Public Health, The Nutrition Source. How Sweet is It? Accessed November 15, 2021.

4.  The American Journal of Clinical Nutrition. Dietary intakes of carbohydrates in relation to prostate cancer risk: a prospective study in the Malmö Diet and Cancer cohort. Accessed November 24, 2021. 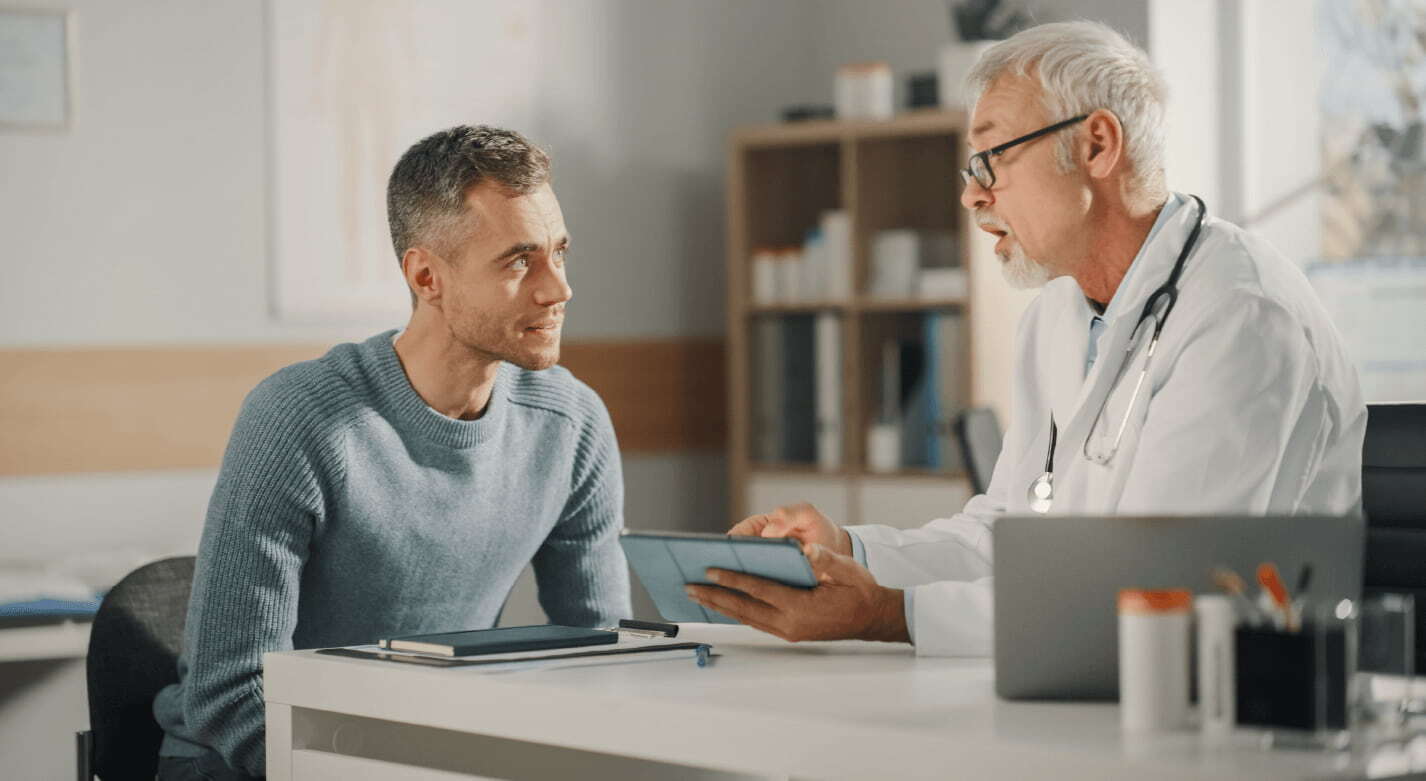 High PSA and No Cancer? 7 Reasons for High PSA that Aren't Cancer

Aside from cancer, there are a number of things that can elevate PSA levels. 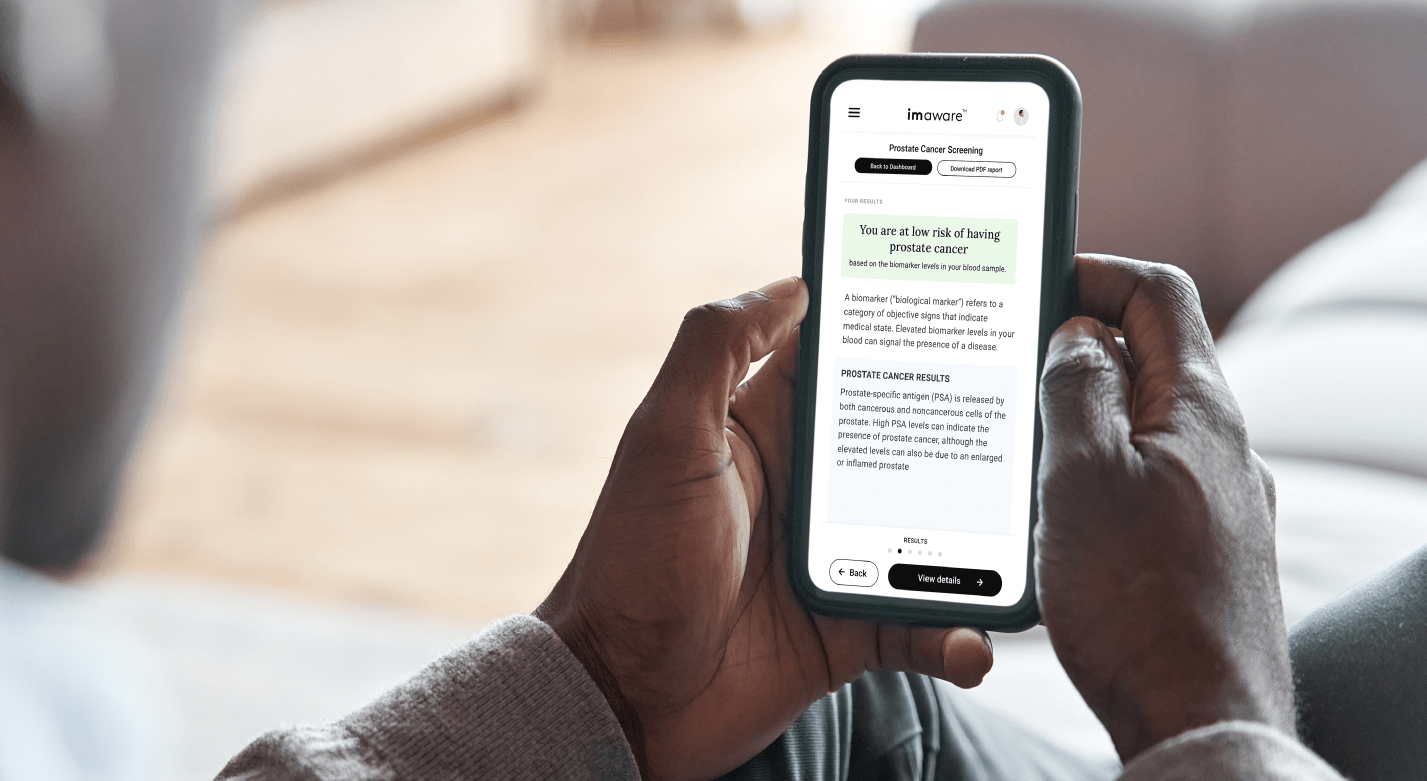 PSA tests are simple, easy and can be a first step in diagnosing or ruling out prostate cancer. 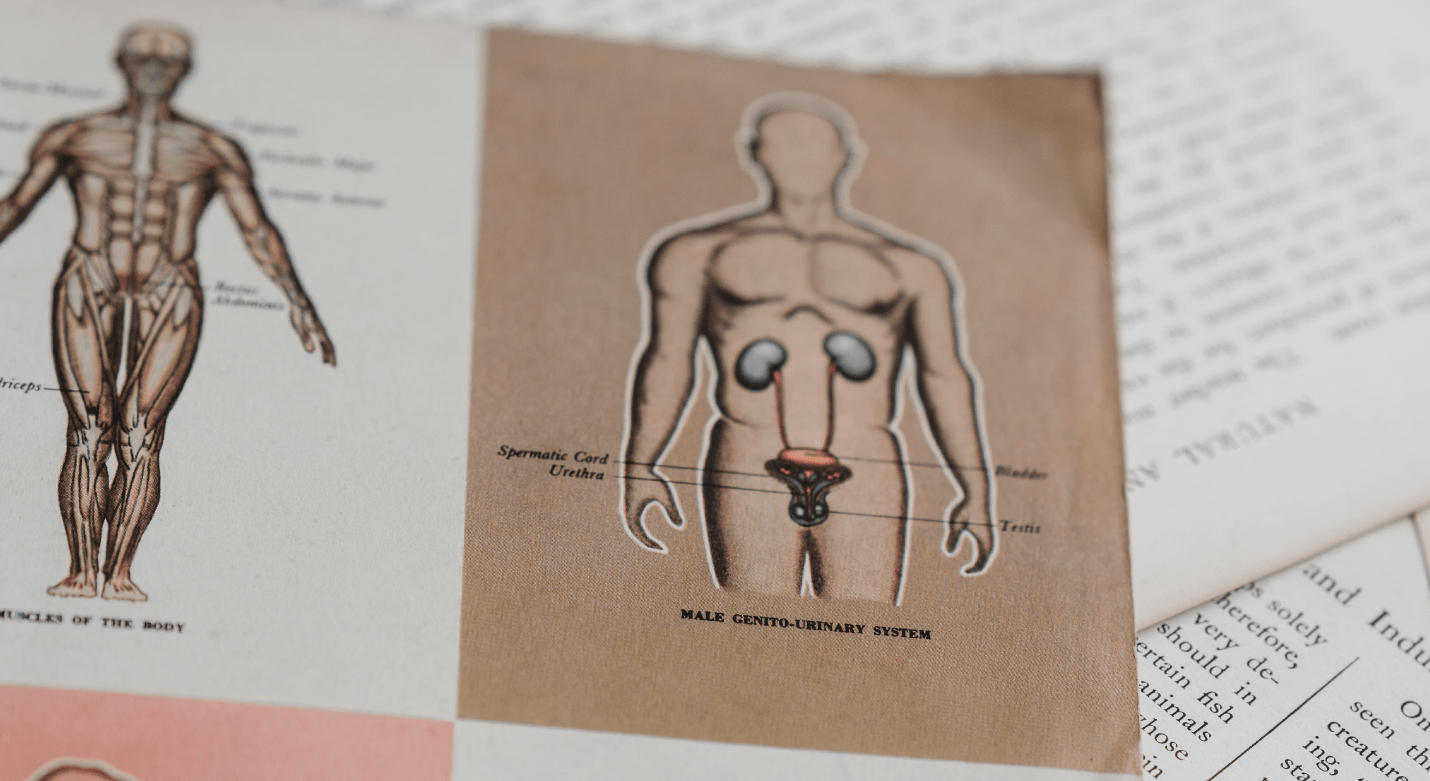 What Are the Symptoms of Prostate Cancer?

One in eight men will be diagnosed with prostate cancer. Learn the signs and symptoms so you’ll know when to call your healthcare professional.