Show your appreciation. Take 25% off select tests until 06/20 with code FATHERSDAY at checkout.SHOP TESTS 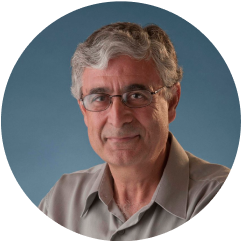 Dr. Diamandis is the division head of clinical biochemistry in the department of pathology and laboratory medicine at Mount Sinai Hospital. Dr Diamandis has published more than 250 research papers, review articles, and book chapters.
Learn about our content process

The thyroid is a small, butterfly-shaped endocrine gland that is nestled in the lower front of your neck, just below the larynx (or Adam’s apple). Despite its small size and weight, it’s one impressive organ that is responsible for producing important hormones that regulate a list of body functions. The thyroid influences metabolic rate, menstrual cycle, heart rate, breathing, muscle strength, body weight, and more!

How The Little Thyroid Does It All

The thyroid cells are dedicated to making two critical thyroid hormones, namely triiodothyronine (also known as T3) and thyroxine (also known as T4), whose primary function is to control the speed and other aspects of the metabolism. They do so by combining iodine obtained from the food we eat and the amino acid tyrosine.

When the thyroid gland releases T3 and T4 into the bloodstream, they are distributed to tissues throughout your body. When released, T3 and T4 hormones facilitate the body’s use of energy and affect the conversion of oxygen and food fuel (calories or fats) into energy, helping you stay warm, as well as keep the muscles, heart, lungs, brain, and other vital organs running without a hitch.

Every organ, tissue, and cell in the body relies on thyroid hormones to control their metabolism. That’s why it must always function properly for your body to remain in tip-top shape. Lucky for us, the thyroid gland answers to another tiny but equally-powerful endocrine organ named the pituitary gland.

Pituitary Gland - The Thermostat for The Thyroid

The peanut-sized pituitary gland is located at the base of the brain and secretes a series of hormones that coordinate the functioning of the thyroid and other endocrine organs. It produces Thyroid Stimulating Hormone (TSH) and releases it into the bloodstream when there is a notable drop in the levels of thyroid hormones. As a result, this prompts the thyroid gland to produce more T3 and T4, normalizing the level of thyroid hormones in the blood.

The thyroid gland is an important component of the endocrine system, which comprises several hormone-producing organs. In particular, it uses the amino acid tyrosine and dietary iodine to produce, store, and release into the bloodstream two thyroid hormones, T3 and T4.

Both T3 and T4 are released into the bloodstream where they can be shipped to nearly every body cell. Their main job is to control the metabolism in the cells in your body. They tell your cells to either speed up or slow down the breakdown of calories from what you drink or eat, into usable energy.

Looking at the big picture, thyroid hormones ultimately affect your BMR (basal metabolic rate). How so? They stimulate every cell in the body to work harder, which means that they need more energy, as well.

How Does The Body Regulate Thyroid Hormone Levels?

If your thyroid hormone levels rise too high or drop too low, the body regulates T3 and T4 levels with the help of two endocrine glands, the pituitary gland, and the hypothalamus.

The endocrine cycle swings the other way around when the levels of T3 and T4 in the bloodstream are too high. When the hypothalamus senses the heightened thyroid hormone levels, it communicates to the pituitary gland via TRH, telling it to release less TSH. Reduced TSH levels in the bloodstream signals to the thyroid gland that it’s time to slow down the production of T3 and T4.

One may think of the endocrine system as an HVAC unit. The thyroid gland is the furnace/air conditioner, the pituitary gland is the thermostat, and the hypothalamus is the homeowner who inputs instructions into the unit.

As you can infer from this process, if anything were to disturb the production of TSH, this would have a knock-on effect that eventually impacts thyroid function, metabolism, body weight, and other body functions.

Hypothyroidism is largely silent and asymptomatic during its early stages. If left untreated, however, it will advance and lead to a series of health issues that include heart disease, infertility, joint pain, and excessive weight gain.

Chemotherapy, autoimmune inflammation, radiation therapies, and thyroid surgery can also lead to a low functioning thyroid gland. Age is also a risk factor considering that hypothyroidism is more prevalent in patients aged over 60.

People with hypothyroidism may experience a wide range of mild to severe symptoms that usually vary from one patient to another. The most common symptoms include:

Metabolism involves an array of biochemical reactions inside your body that not only produce but also break down energy necessary for staying alive - for things like nutrient processing, circulation and breathing. In simpler terms, metabolic rate is the speed at which your body burns calories or stored energy in fat.

So, what’s the relationship between hypothyroidism and metabolism? The thyroid impacts metabolism through the action of T3 and T4. When secreted into the bloodstream, these thyroid hormones travel to virtually every cell in the body, where they regulate metabolism. T3 and T4 instruct cells to work harder and therefore consume more energy. In the process, these cells have to break down more calories to generate added energy required for body function, increasing BMR.

An elevated level of these thyroid hormones signals to the body to increase metabolic rate and convert more calories from the food into energy for use by the body. On the other hand, if there are low levels of T3 and T4, the body is instructed to reduce the BMR.

There is a subtle balance in the blood level of thyroid hormones. If there's any deviation from the normal thyroid hormone level, the pituitary and hypothalamus swing into action to correct it.

How Weight Gain Impacts Your Thyroid

Lackluster metabolism has been associated with high TSH levels and weight gain, new research suggests that it can be the reverse--that excess weight can depress the function of the thyroid gland.

Studies show there is an established connection between low BMRs and low-functioning thyroid glands - and those with overactive thyroid had high BMRs.

But the relationship between BMR and thyroid function isn’t absolute, because metabolism is influenced by a wide variety of factors in addition to thyroid status. Doctors usually look at the link between changes in energy balance — which demonstrates the difference between calories consumed and calories expended by the body — and the BMR.

It's true that metabolic rate does influence how your body produces energy, but your level of physical activity and what you eat are the ultimate determinants of your body weight.

How is Hypothyroidism Treated?

Typically hypothyroidism is treated with a thyroid hormone supplement, levothyroxine. While being treated for hypothyroidism using T4, you may experience slight to moderate weight loss. Hypothyroidism can cause low T3 and T4 levels, and high TSH levels and weight gain, which can be prevented, stopped or otherwise reversed using T4.

However, once the condition has been treated and T3/T4 levels have resumed to the normal range, your capacity to lose or gain weight is pretty much the same as someone without thyroid issues. Also, you must watch out for the side effects of thyroid hormone therapy, such as appetite increase, bone mass loss, muscle wasting, or heart problems.

The thyroid gland is a master of metabolism, responsible for making, storing, and releasing thyroid hormones that travel throughout the body. T3 and T4 play a big role in controlling the speed of metabolism and may affect the way cells use calories for energy. In a healthy person, the thyroid gland works in conjunction with the pituitary gland and hypothalamus to keep thyroid hormone levels in check.

Weight management is one of the leading frustrations faced by people with thyroid problems, as research shows an established, complex connection between body weight, metabolism, and thyroid.

The best single blood test for thyroid function is TSH, which is low in hyperthyroidism and high in hypothyroidism.

Measure your Thyroid-Stimulating Hormone (TSH) levels quickly and conveniently from the comfort of your own home.

Can Stress Cause Thyroid Problems? The Science Between Cortisol & Thyroid

If you have a thyroid condition, you may have heard that there is a link between the thyroid and stress. It turns out that thyroid hormones are connected to the body’s stress system (the hypothalamic-pituitary-adrenal axis), and stress hormones like cortisol.

If you are experiencing symptoms of hypothyroidism, like tiredness, weight gain and depression, you may be wondering if you could have Hashimoto’s thyroiditis.

Heat Intolerance: What Is It and How Can You Treat It?

If your heart rate and core temperature rise faster and earlier than other people in the same environmental conditions, then by definition, you are heat intolerant.