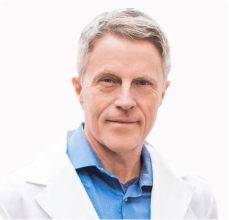 As a doctor who has focused my career on preventing heart issues, diabetes, insulin resistance and other chronic conditions, I often get asked whether it’s better to use artificial sweeteners and, if so, which one. The short answer is that sugar is worse than sweeteners. In other words, diet coke is better for you than regular coke.

But artificial sweeteners aren’t healthy. While too much sugar is a guaranteed path to developing insulin resistance and diabetes, recent research shows consuming too much sweeteners might also put you at risk. Sometimes called pre-diabetes, insulin resistance can cause heart attacks, strokes and eye damage. Artificial sweeteners aren’t created equal, however, as some are better for you than others.

A quick explainer on insulin resistance

Let’s start with the basics: what causes insulin resistance, and why it’s a problem. When we consume sugar, our body produces insulin, which is needed to break down sugars like glucose and sucrose. Cells have insulin receptors on them, which ensure our cells get the right amount of sugars they need.

The problem is that if we continually consume high amounts of sugar, we get repeated high insulin spikes. Over time, the insulin spikes cause our insulin receptors to get worn out and not function well. When this happens, our cells aren’t able to absorb the sugars they need, and we end up with too much sugar in our blood. This leads to a host of problems throughout the body.

Well, the good news is the body doesn’t recognize artificial sweeteners as sugar. That’s because they’re not actually sugar. Instead, they’re chemicals that bind to our taste buds that recognize sweetness. In theory, our body shouldn’t produce insulin in response to consuming artificial sweeteners. Indeed, studies show that aspartame doesn’t directly raise insulin levels. (Aspartame has other problems that I’ll get to.)

Evidence is emerging that other sweeteners seem to affect metabolism. A recent study found that sucralose, used in the brand name Splenda, increases the insulin response to sugar, when taken 10 minutes before glucose. And Splenda and other brandname sweeteners contain dextrose, which has a small amount of calories, and this can cause a small insulin response.

The effect of sweeteners on the body’s insulin response, especially over time, isn’t something that’s been well studied. However, one recent study of patients with Type II diabetes found that those who consumed artificial sweeteners (the study didn’t specify which types) had a higher level of insulin resistance than those who didn’t consume artificial sweeteners. In other words, their bodies weren’t able to process sugars as well.

Can artificial sweeteners cause other health problems?

Even though artificial sweeteners don’t cause the same huge insulin spikes that sugar does, they could cause other problems. Evidence shows that bacteria in the gut could play a big role in the development of insulin resistance and diabetes. Studies show that there are differences in the gut bacteria of people with Type 2 diabetes and people who don’t have diabetes.

Do sweeteners cause harmful changes in our gut bacteria? It could very well be. Evidence shows that when mice consume high amounts of sweeteners, the mice have marked changes in their gut bacteria – namely decreased “good bacteria” and increased “bad bacteria.” When these gut bacteria changes occur, the mice begin to exhibit signs of insulin resistance. This has been demonstrated with aspartame, as well as saccharin and sucralose (AKA Splenda). Acesulfame K has led to bacteria changes in mice associated with obesity.

We need to take these studies with a grain of salt, because mice are not humans. And it’s not clear if sweeteners affect human gut bacteria in the same way as mice, and if so at what levels. We also know from mice and human studies that our gut bacteria is majorly affected by our overall diet, and junk food-heavy diets increase unhealthy gut bacteria.

No one knows how bacteria in our intestines could contribute to insulin resistance and diabetes. Some speculate that bad bacteria in our gut might send signals to our brains and produce a sugar craving. This is, once again, an area to watch.

Bottom line: It’s important to cut down on both sugar and artificial sweeteners

That all said, we know for sure that consuming actual sugars in high amounts causes insulin resistance, diabetes, obesity, heart disease and more chronic health problems. It’s imperative that people avoid juices, sodas, and sweets as much as possible. I also recommend an overall low-carb diet and this is, of course, even more important for people who already have insulin resistance and diabetes.

But if you’re addicted to sweets, like many of us are – including myself! – you likely give into a craving once in a while. In this case, you’re better off choosing sweets and drinks flavoured with artificial sweeteners over sugar. It’s important to remember that while a jolt of a sugary beverage is definitely going to spike insulin, a single diet coke every once in a while isn’t going to wipe out your good bacteria or cause insulin resistance. So far, Stevia and erythritol are considered to have the safest profile, but these are both new sweeteners so not a lot of research has been done on them.

In a future post, I’ll talk about a way to reduce your cravings for sweets. As a Southerner who grew up in a household with desserts were set out daily, I’ll share some tricks that I’ve used in my own sweets addiction.