Testosterone Monitoring Test
was added to your cart!
Checkout

Causes Of Low Testosterone In Men Under 50

Testosterone is one of the best-known hormones, but for all the blue jokes made about it, it is still not fully understood. Because of its illegal use in athletes and bodybuilders,  it has connotations close to that of an illegal drug however, some of these stereotypes are wrong.

Testosterone plays an important role in both male and female bodies. It regulates crucial bodily functions, and a deficit of testosterone can be detrimental to a person’s overall health and wellbeing—particularly males.

It is normal for older men to experience decreases in testosterone, but younger men and boys can suffer from low testosterone as well, for reasons ranging from their lifestyle to their genes to chronic conditions.

Jokes aside, we need testosterone. To understand why, in this article we review what testosterone is, what it isn’t, what it means for your body to have too little of it, and how to spot the telltale signs of “low T.”

Testosterone is the primary sex hormone in males. It is a naturally occurring hormone and it is “anabolic” because it contributes to processes that build new tissue. Synthetic testosterone and its derivatives are also anabolic, and testosterone  is known as an anabolic steroid--and it’s one of the most frequently abused by athletes.

Natural testosterone, however, is produced by both male and female bodies, but males usually produce it in greater quantities in the testes. In contrast, girls and women produce more of the female hormone estrogen in their ovaries, while men and boys produce less of it in the adrenal gland.

What does Testosterone do?

Testosterone contributes to the building of muscle mass and the increase of bone density. As a result, males tend to build more muscle mass and have more dense bones than females.

The hormone also contributes to other secondary sexual characteristics, such as hair pattern development and deepening of the voice. It does this by binding to the androgen receptors of cells and activating them.

Testosterone is also believed to play a role in mood regulation. This effect is not well understood, but unbalanced testosterone levels are correlated with mood disorders like depression and anxiety.

In addition to its effect in men, testosterone is believed to play a role in women’s ovarian function and sex drive.

What are normal Testosterone levels?

Normal testosterone levels for men range from 300 to 1,000 ng/dL—that is, nanograms per deciliter of blood. Men whose levels fall below 300 ng/dL may be diagnosed with low testosterone, also known as “low T” or “hypogonadism.”

Most common causes of low Testosterone

Testosterone levels typically decrease progressively  in older men. Testosterone usually peaks in men at 17, remains high until about 40, and then begins to decline, cratering at about 30% of peak levels close to age 70.

Various circumstances, however, may cause boys and men to have low T at much younger ages. Here are some reasons why men under 50 may have testosterone at suboptimal levels below 300 ng/dL:

The majority of the testosterone consumed by the body during the day is replenished at night. Insufficient sleep could lead to depressed testosterone levels.

Over time, lack of sufficient sleep leads to elevated levels of the stress hormone cortisol, which correlates with lowered testosterone levels.

Even a person who spends the requisite hours in bed may not be getting sufficient sleep. A common culprit is obstructive sleep apnea (OSA), which interrupts the body’s respiration during the sleep cycle. Individuals with OSA get less deep sleep and REM sleep over the same period of time as persons who don’t have OSA.

Excessive drinking has a number of negative health effects. You probably know about several of them, but you can add depressed testosterone levels to that list.

Alcohol affects cells in the testicles known as Leydig cells, which produce testosterone. When overrun by alcohol, the body will try to cope with it by diverting a coenzyme called nicotinamide adenine dinucleotide (NAD+), which is capable of helping alcohol  metabolism  in a way that other enzymes can’t. Another job of NAD+ is to help synthesize testosterone.

As if that weren’t enough, scientists suspect that alcohol may help in the more rapid conversion of testosterone into estrogen.

The outlook is particularly bad if an alcohol problem progresses to liver disease. 90% of men with cirrhosis of the liver present with low T.

Interestingly, testosterone replacement therapy (TRT) has produced positive outcomes in the treatment of prediabetes, a less-serious and reversible condition that precedes type 2 diabetes. The relationship between TRT and diminishment of prediabetes symptoms isn’t well understood. It may relate to increased energy and appetite for exercise that accompanies a replenishment of testosterone levels.

As a treatment for cancer, chemotherapy has a reputation as being a cure that is sometimes worse than the disease. Among many other harmful effects, chemotherapy may have the effect of suppressing testosterone production in male cancer survivors.

Even those under 50 may experience low T long after chemotherapy, producing long-term negative effects like fatigue, loss of muscle mass, loss of libido, and mood disorders.

Approximately 15% of male cancer survivors who undergo chemotherapy will experience low testosterone levels at some point after the treatment.

A propensity for low testosterone may be linked to a single gene—that is, one gene out of 25,000 in the body.

A study of over 14,000 men demonstrated that irregularities in a gene called ‘sex hormone binding globulin’ (SHBG), found on the X chromosome, correlated with a 6.5-times-higher likelihood of the man developing low T.

This may be due to the fact that the gene regulates a protein that binds with testosterone. An overproduction of this protein may lead to a reduction in free testosterone levels (the active form of testosterone).

Signs and symptoms you have low Testosterone

First of all, there is no need to guess whether or not you have low testosterone. Your doctor can test your blood for total testosterone and free testosterone levels, but if you don’t want to make an appointment, our home Testosterone monitoring kit is affordable, easy to use, and ships directly to your home.

Testosterone is strongly associated with “get-up-and-go” energy. Conversely, one of the most classic signs of low T is persistent and excessive fatigue—decreased energy throughout the day, regardless of sleeping time.

If you are always tired, struggling for the motivation to make it through your day, and no longer able to exercise or work out like before, low testosterone may be one of the possible reasons.

Testosterone’s role in building muscle mass means that low testosterone may result in a decrease in muscular and cardiovascular strength, which can compound and exacerbate low energy and fatigue levels, especially under exertion.

Remember, lack of adequate sleep can also depress testosterone levels, leading to a vicious circle. Low testosterone and insufficient sleep is a recipe for severe fatigue.

Testosterone plays a major role in the development of muscle mass. If your muscles noticeably decrease in size or your weight decreases, this could be a sign, among other reasons,  of low testosterone.

Note that testosterone does not affect muscle function or even muscle strength. Typically, a loss of mass accompanies a loss of strength, but the correlation is not one-to-one. Your eyes may tell you that your muscle mass is depleting before it reflects in your capacity to lift things.

What your eyes may not be able to tell you is that testosterone also plays a role in bone density. If you see your muscles decrease in mass as a result of low T, your bone density may also be diminishing and becoming more susceptible to fracture.

A recent study of men with low T undergoing testosterone replacement therapy (TRT) for six months discovered that the men gained an average of 2.5 pounds of muscle mass.

“Libido” refers to the sex drive or desire to have sex. Most men experience a gradual decrease in libido as they age, but a sudden or drastic drop in the motivation to have sex, especially in a younger man, may be a telltale sign of low T.

Note that sex drive varies from man to man. A man with a low libido compared to another man may not necessarily be suffering from testosterone deficiency. The sign to look for is a drastic and rapid drop in libido compared to where it was before.

A man's sex drive may also be affected by stress or lack of sleep. Note that high levels of the stress hormone cortisol, as well as insufficient sleep, both correlate with depressed testosterone levels. There are ways for men to naturally boost their sex drive through things like reducing alcohol intake or by trying to focus on reducing stress in their lives.

And a low libido is not necessarily a sign of low T, and some men with low T experience no change in appetite for sex. However, men who experience a drop in libido should definitely get their testosterone levels tested.

In addition to promoting libido, testosterone also plays a role in a man’s erectile function. It doesn’t trigger erections directly, but it does trigger the brain to produce nitric oxide, a major catalyst for the chemical reactions that allow erections to happen.

The connection between low testosterone and erectile dysfunction is not well-established, especially since so many other factors contribute to erectile dysfunction, some of which also correlate with low T. These factors include alcohol use, anxiety, depression, diabetes, smoking, and stress.

Another key role of testosterone in the male reproductive system is stimulating secretion of fluids from the prostate and the seminal vesicles. The fluid secreted by these glands becomes semen, the fluid that aids in the motility of sperm and allows it to reach the eggs after ejaculation during intercourse.

If testosterone levels are low, the prostate and the seminal vesicles may be limited in their ability to secrete fluid, resulting in a decrease in semen volume. If a man notices a marked decrease in the volume of fluid produced during ejaculation, it may be a sign of low T and an indication to check testosterone levels.

Other forms of hair loss, however, may be more indicative of low T, including thinning of the beard hair or loss of hair on the chest, back, arms, or legs. A man who seems to be becoming less hairy overall should have his testosterone levels checked.

Testosterone levels often decrease naturally in older men, but younger men can suffer from low T for a number of reasons, often to the detriment of their quality of life, and any man of any age can suffer from abnormally low T. You can use this guide to understand your testosterone screening results and how you can utilize what you learn. 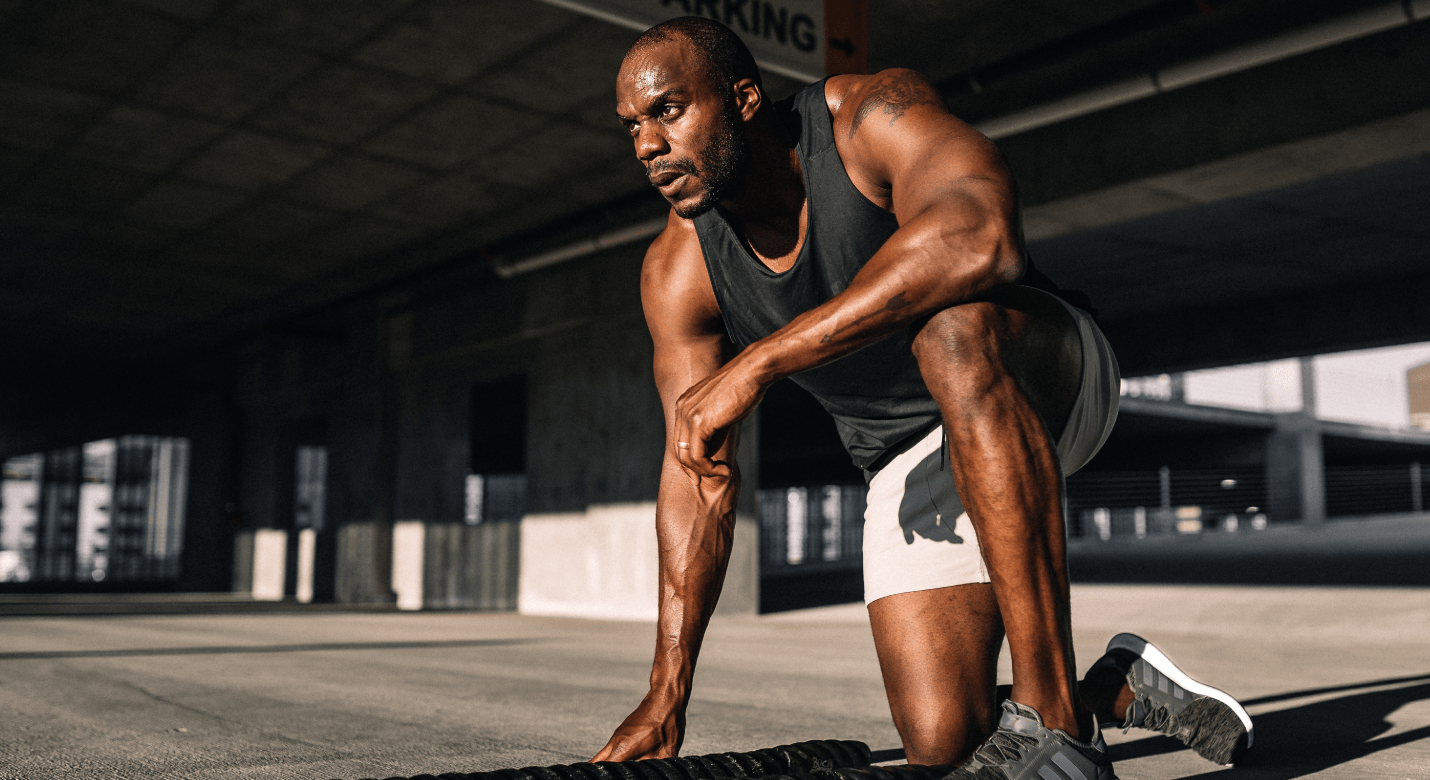 Male pattern baldness, fortunately, has a root cause and several medical treatment methods at your disposal. Hair loss is defined in the medical field as the significant shrinking of hair, where follicles gradually reduce their output until little to no hair is left.

By
imaware
No items found.